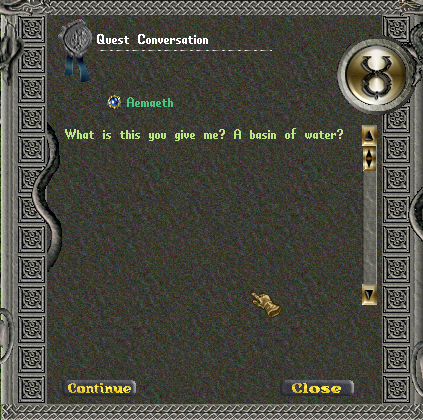 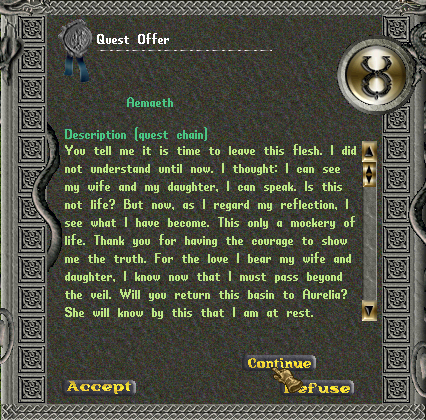 Once you return to Aurelia, she will thank you for helping her father and reward you with the Mirror of Purification