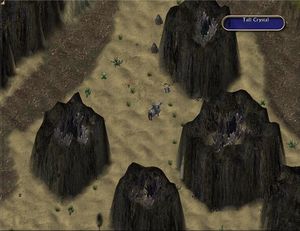 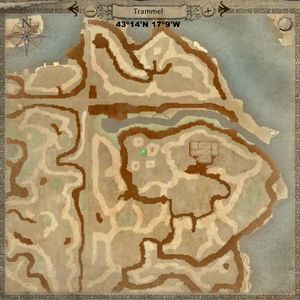 "That poncy mage was right… that’s a LOT of blackrock"

This area near the Ophidian Lair was adorned with impressive black and grey crystals in December 2006 for the Mother Lode event. During that time the region was populated with Blackrock Elementals, Toxic Ooze and Nether Vortexes.

Another effect that took place during the Mother Lode event was an accelerated skill gain in the area, similar to the one given by the New Player Quests or the Scrolls of Alacrity.

Nowadays the area is calm and uninhabited except for the occasional animal.