"Mis-Colored" ingots were created by smelting NPC bought armor when the colored ores were first introduced. The ability to smelt such items was a bug, and quickly fixed. However, one could buy intentionally mis-colored plate armour from the blacksmith in Buc's Den. Such armor no longer spawns and such items are considered "rare". Colors for such plate armour ranges from light pink to dark blue. Smelting such items revealed normal valorite ingots. 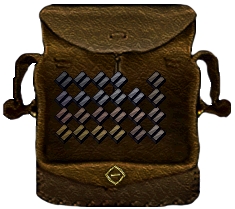 Popular mis-colored ingots include the Ranger Ingot made from Ranger Armor. and Coal ingots.