Duping is a term for a specific form of cheating. It involves exploiting a game mechanic whereby duplicated copies of otherwise legitimate items are created. In most instances, duped items are indistinguishable from legitimate ones. In the past, object manipulations at certain server boundary lines could cause dupes to appear.

EA-Mythic has instituted several campaigns against dupers and duped items. A wholesale deletion of duped Hooded Robe of Umbra/Hooded Shroud of Shadows/Hooded Shroud of Umbra recently was done. Accounts of known dupers have been deleted and the associated players banned. In February of 2008, several known scripters had their homes burned down.

On September 30, 2006, the following image was posted (message text has been edited): 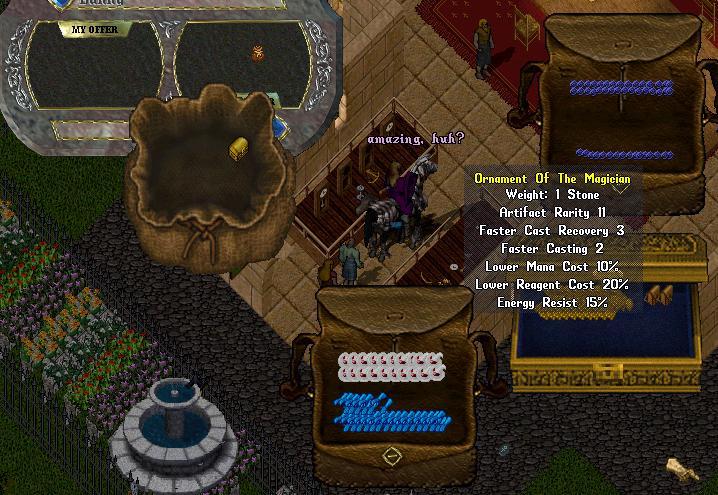 These were found by someone after a duper (curiously named Xfer) casually left them on the bank floor. The items were subsequently deleted....