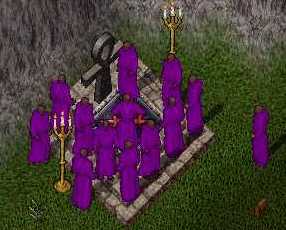 Last night, whilest wandering near the Shrine of Chaos, I didst behold a most wondrous sight. The shrine was besieged by numerous purple robed characters all named Barney. This benevolent "Purple Horde" took it upon themselves to repeatedly kill any person of ill repute who attempted to use the shrine.

When questioned, all they would reply with was a few strange phrases such as, "Hi there! My name's Barney! What's yours?" and "I want to be your Special Friend!"

Their typical modus operandi was to hide on the shrine, preventing the shrine's use. When someone finally managed to use the shrine, they would pop out of hiding and say "Peek-a-boo! I see you, can you see me?" and then pommel their victim with blows and the "I love you" song.

After the victim was dispatched, they would often chant, "Well that's super-deeee-dupperr!"

It appeared as if this "Purple Horde" did not fear death at all. They each died several times while I was watching but they would simply get resurrected again. Their corpses never had any loot and they would always resurrect with the same purple robe. They wrestled their opponents so they never had any weapons to lose.

I could not confirm this, but several of the evil players in the area claimed that Barney had robbed them of some of their possessions. Runes and reagents were the items that most often seemed to go missing.

At one point in the evening, one of their hapless victims got so annoyed that he uttered a few racial slurs. In short order GM Pist appeared, whisked the offender to the top of the nearby cliffs, and promptly banned the bigot! A great cheer went up through the ranks of the Barneys who proceeded to bow and chant "Barney loves you!" 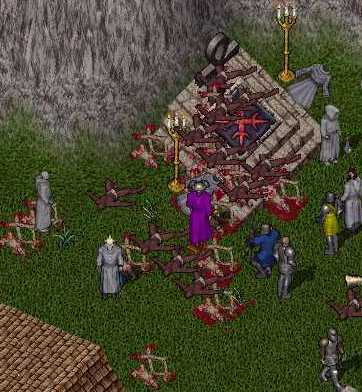 Blood and gore surround the shrine. 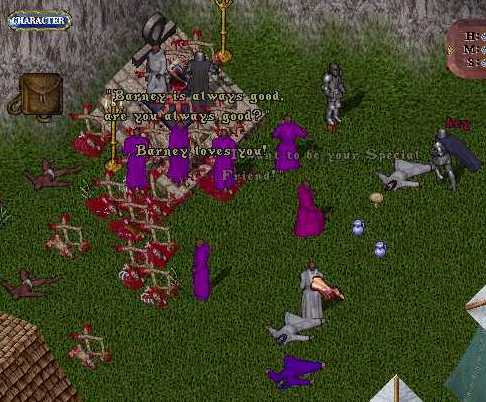 Barneys seem to come out of thin air! 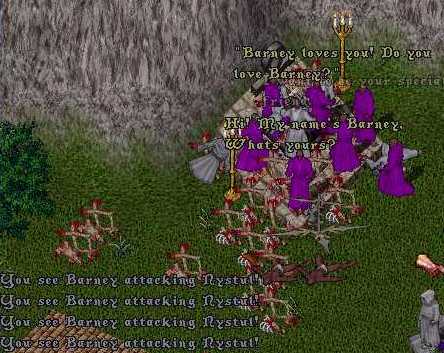 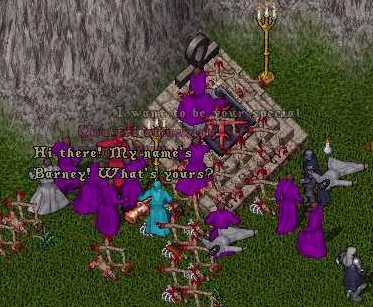 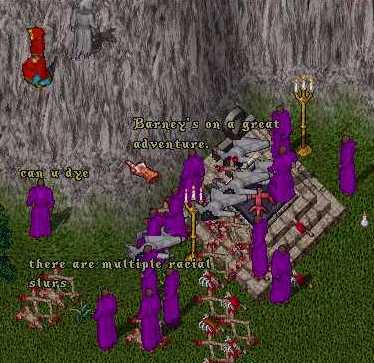 GM Pyst arrives after a victim resorts to racial slurs. 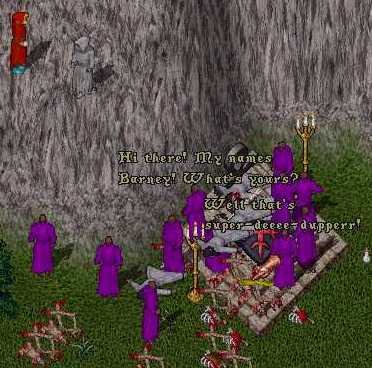 The GM and the offender confer on the overlooking cliff. The offender is banned from Ultima Online. 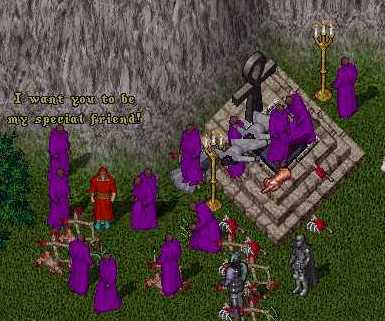 Barney bows and thanks the GM for his wisdom. 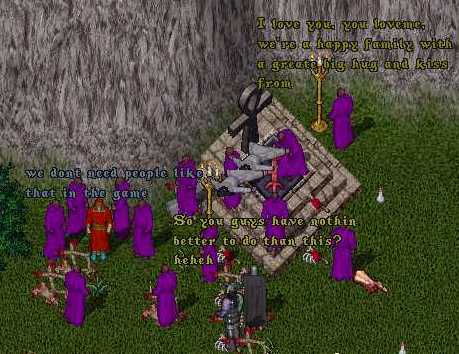 "We don't need pepople like that in the game" says the GM. 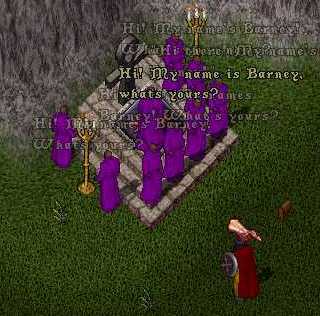 Barney poses for a picture and gives the traditional greeting.