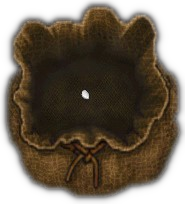 Use a water pitcher on the egg once a day as every time the 24 hour period has elapsed, or it will become dry. If the egg hasn’t been watered for one day, it will be dehydrated on the following day and need to be watered twice to be healthy. Not watering the egg once will not prevent the growth of the egg. If not watered twice, the egg will not grow that day and has a 50% chance of being burnt. It also decreases its chance of yielding a dragon turtle.