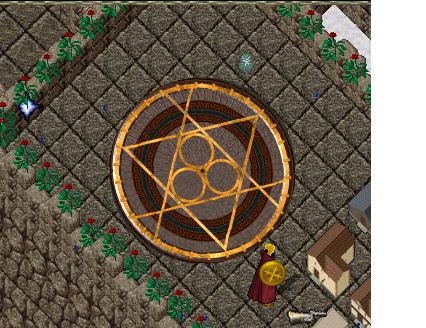 Codex of Virtue is a house add-on that was one of 12th Anniversary and 20th Anniversary gifts. They are of a pure decorative nature.
It takes a 6x6 Tile area in your house, it can be re-deeded with a Axe like any other addon. but if you customize your house it out it will disappear, not appearing in the moving create like other house addons.