The Twisted Glade Champ Spawn is located inside the Twisted Weald in Ilshenar. Follow the mountains West, from the Spirituality moongate and enter the cave of mushrooms. Inside you will find the entrance to the Weald.

Like the Spirituality Champion Spawn, this one causes characters to lose Karma. As with all creatures in Ilshenar, some monsters will spawn as Paragons.

Twaulo is a giant centaur with bard skills. 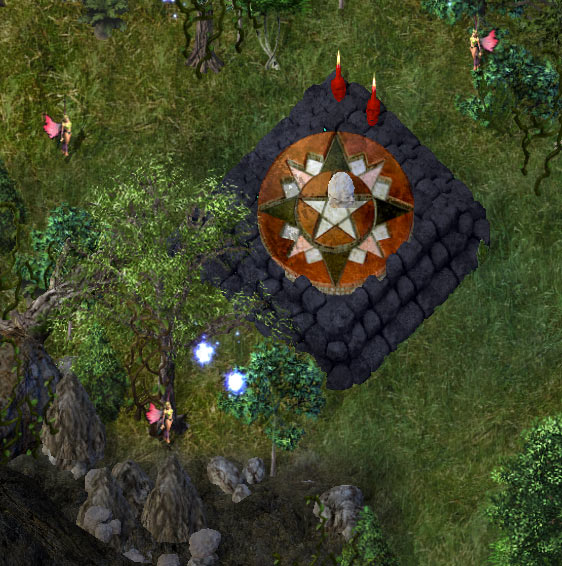