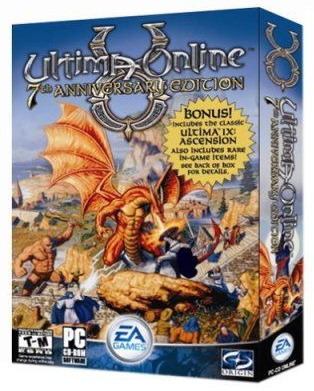 Players also received one of seven anniversary gifts, a collector's edition of the Ultima Online Fan Guide, which included exclusive art from the history of Ultima Online and interviews with the development team and community leaders, and a full version of the classic Ultima IX: Ascension. Ultima 9 was the last game in the single-player Ultima series.