The Enhanced Client was released with the Stygian Abyss expansion. It went into open beta on July 17. 2009[1] and continues to be beta quality software. This client is an evolution of the Kingdom Reborn client that was released in 2007. Due to feed back from the community, it replaced the graphics with those from the Classic Client.

The user interface has been opened to modification by the community, leading to many enhancements such as Pinco's UI. 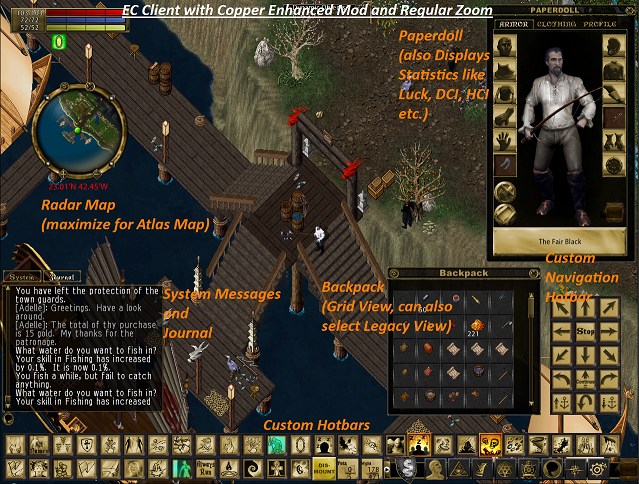 The install file only contains the patching software. When installed, the patcher will automatically download the most recent game files. On some systems it can take up to a couple minutes for the patcher window to appear while it is updating.

After install the client will automatically adjust to optimal graphic settings for your system configuration. Upon launch it will also attempt to import macros from the 2D Client if available.