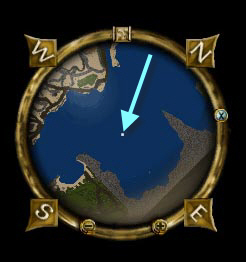 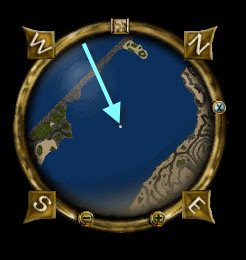 The Serpent Pillars allow for sea-bourne travel between Trammel/Felucca and their counterparts in the Lost Lands. They appear as giant, cone-shaped obelisks with a huge serpent coiled around them, and are found in the oceans of Sosaria. (Hence their name.) They first appeared with the advent of The Second Age. (aka T2A expansion in 1998.) Over the years, the pillars have been infamously turned on and off administratively by Game Masters for contributing to, or directly causing shard crashes.

To use a Serpent Pillar, sail nearby and utter the magic word to activate it.

To travel from the Trammel/Felucca side to the Lost Lands counterpart, say: doracron. There are two such pillars. One mid ocean, due East of the Trinsic docks, and one mid ocean West of Jhelom.

To travel from the Lost Lands to Trammel/Felucca, one must say: sueacron. There are two lost land pillars. One located East of the Ophidian Lair, and the second, West of the Lost Lands Desert. 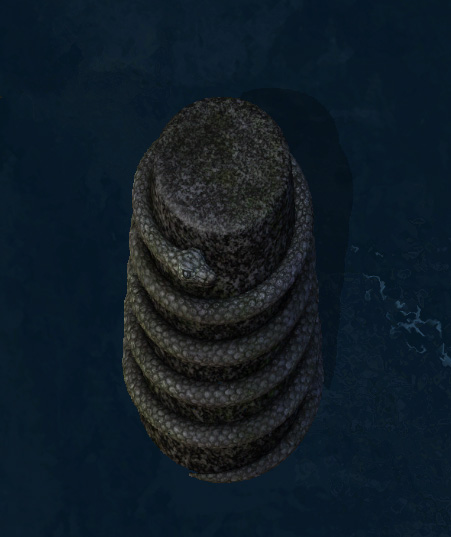