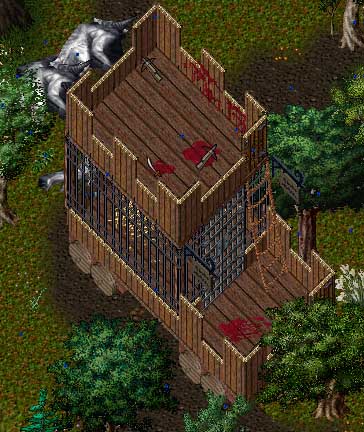 As part of the Inu the Crone series of events, Ricardo the Thief was moved from Trinsic to the Yew courtroom with his defense attorney inside a moving prison, or stage. Along the way, just south of Britain, the procession was attacked by brigands, executioners and a man named Murdock.

While the events are long in the past, the moving prison still lies in the middle of the road at the location of the attack. Several items and objects at the site have distinct names when clicked.

Retrieved from "http://www.uoguide.com/index.php?title=Stage&oldid=27455"
Category:
The Powerhour