This article is about a landscape building introduced with The Second Age. For the veteran reward, see Lighthouse (Veteran Reward).

The only lighthouse known in Britannian is a curious structure built by unknown craftsmen. It sits overlooking the Sok'Gah sea, guiding intrepid sailors around the dangerous peninsula. It is thought to first be discovered by prisoners who had escaped Yew Prison through a tunnel. Unlucky for them was the vast desert the lighthouse borders. With no one manning the beacon they most likely set out and perished trying to find their way back to civilization. If the nearby nest of Wyverns did not get them something else did. The lighthouse is now a frequent stop for adventurers entering the Lost Lands. 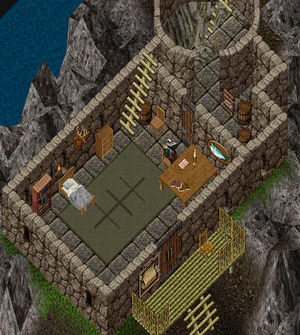 The lighthouse was comfortable quarters for one lonely lookout. 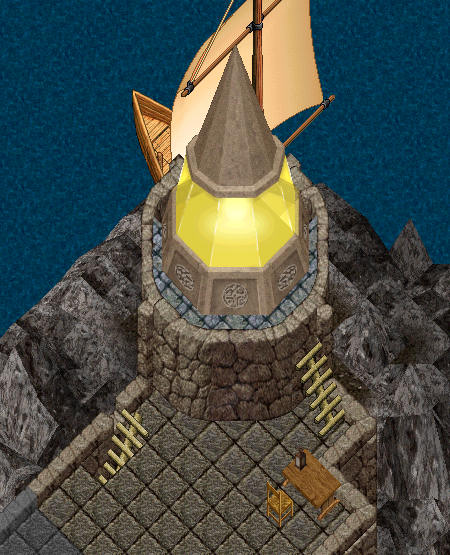