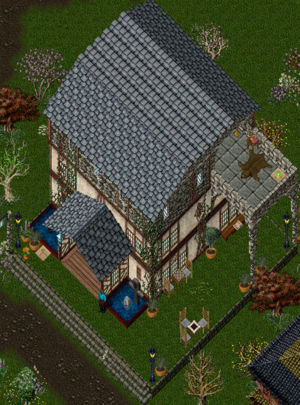 The museum was founded shortly after the Samurai Empire expansion. The collection and rune library were first rate. Unfortunatly the museum had a tragic end in January 2006. Due to a bug with the Mondain's Legacy storage increase and house transfers, all items inside became unlocked. The next day 99% of everything inside decayed. Just a couple weeks later the bug was fixed in Publish 39 however none of the decayed items were ever recovered. Total loss in items exceeds 1 billion gold today.

Here is what the museum looked like in its heyday.