This quest is given by the following NPC in Sanctuary.

"Lenley isn't seen. Why you see me? Lenley is sneaking. Lenley runs away. You help Lenley to not get dead? We go out past pig-men orcs? Yes? Yes? You say yes?"

Note: Lenley's reward turns out to be A Bag of Trinkets.

However, Freedom! may not be giving the correct reward. To complete the quest Token of Love, Danoel the Metal Weaver asks you to recover a stolen ring. The ring is described as being stolen by ratmen when its "sparkle" caught their greedy eyes.

It may have been intended that Lenley's Favorite Sparkly is the stolen ring that Danoel is seeking, but since Lenley doesn't give the "Sparkly" as his reward, Token of Love cannot be completed. 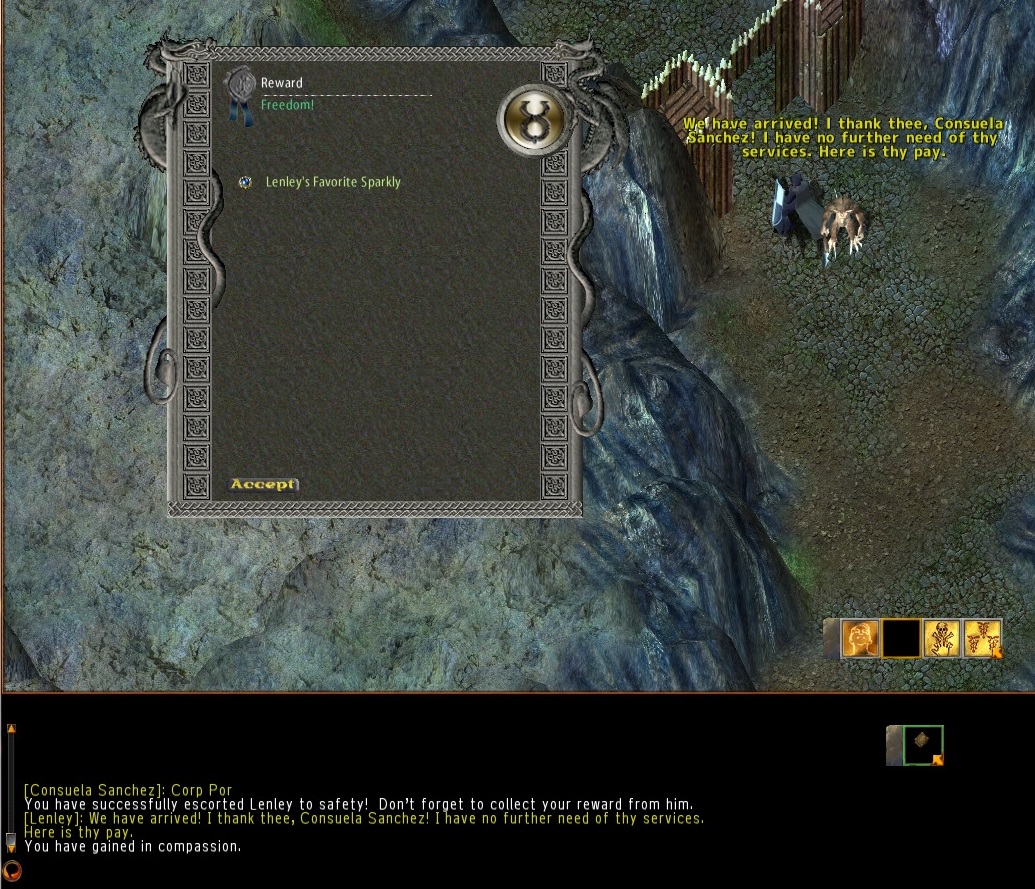