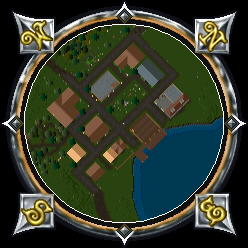 An arial view of Lakeshire.

Lakeshire, or Mireg as it is known in the local tongue, is the home of the Meer. Along with the Meer Catacombs, Lakeshire constitutes the entire domain of a once plentiful race. It should be noted that the Meer will attack any character with a negative Karma. Additionally, characters lose Karma when they kill a Meer.

The closest Moongate is Sacrifice, which is due South of the town. While there are shops and inns, there are no NPC vendors in Lakeshire. (However, there are rotating Gypsy camps that have banks. The camps are variously located along the roads that lead both Northeast and Southeast of town.) There is a Quest giver, the NPC Jelrice. She can be found in the apple orchard at the South end of town, where she offers the Runaways! quest.

The Dire and Timber wolves are found just N/W of town. 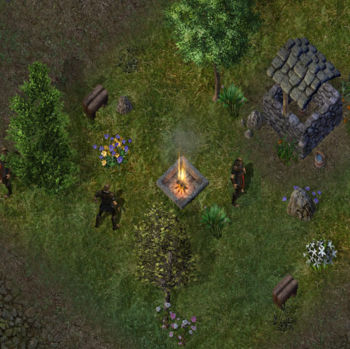