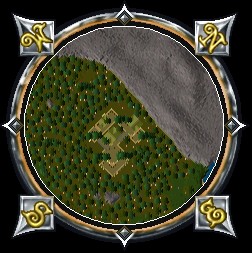 Bet-Lem Reg means "Pixie village", in a very loose sense of the term. In the ancient tongue, it means "home of the little ones." It appears that the pixies, the Meer of Mireg, and the Ethereals of Reg Volom all speak the ancient tongue; note the use of Reg, or home, in the name of their respective dwelling places.

Built amongst the giant Yew trees, Bet-Lem Reg is located due North of Lakeshire. The closest Moongate is Sacrifice.

Other than the fairies, there is little to attract attention. More than one lumberjack has been seen in the area. However, the inability to Recall, Gate Travel, or Sacred Journey has kept Bet-Lem Reg a peaceful backwater. 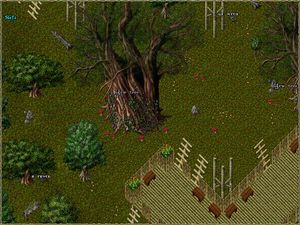