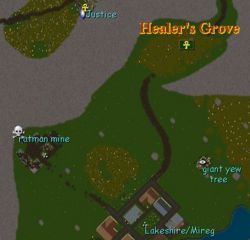 The Healer's Grove, as its name indicates, is grove filled with NPC Healers, both Wandering Healers and Priest of Mondain. As of April 2018, the Priest of Mondain may not spawn on Trammel Ruleset areas. It is located to the Northwest of Lakeshire on the Ilshenar facet. The nearest Moongate is Justice. However, only a little further away, the Sacrifice Moongate is far safer.

This area has been a favorite of Tamers using the Great Harts to increase their skills.

Juka Lords occasionally spawn here en masse. The spawn is random (some days it's there, most days it's not) but more than a dozen huddle around the south side of the grove, with one or two Paragons in any given group. 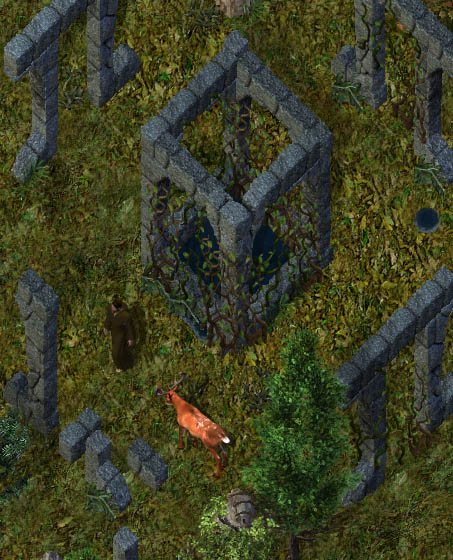