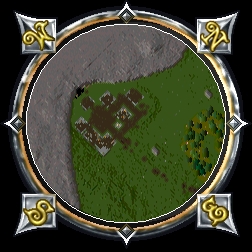 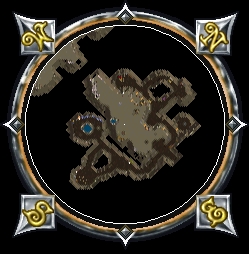 The Rat Cave, also known as the Ratman Mine, is a 2-level dungeon with a Ratman spawn area in front of the entrance. Located in Ilshenar, it can be found by traveling North from the Sacrifice Moongate or East from Lakeshire.

The Rat Cave was introduced with Ultima Online: Third Dawn and is a Paragon dungeon. While Ilshenar Minor Artifacts are a reward for combat here, Paragon creatures are a possible challenge.

The ruins of a building complex are now home to a pack of Ratmen. Being so close to Lakeshire, one would think the Meer would patrol this area, but they do not. The spawn rate is low enough for a single character to farm gold here without much danger.

It is easy to mine most of this level. All of it, if your miner can handle a Paragon Earth Elemental. Several areas have no spawn at all.

Most of this level is inhabited by Lava Lizards, which are a fair source of Spined Hides. However, the Skeletal Dragon that is located at the back, or West end, of level 2 should be avoided by all but the most skilled.