Wisp Dungeon is a five level dungeon that is located in Ilshenar. While a popular web site lists seven levels, two of those are connecting corridors with no monster spawn; they make good rallying points. The dungeon is located quite close to the Honesty Moongate. All of the creatures in Ilshenar have a 1-in-20 chance of being a Paragon version, Wisp dungeon included.

The first time visitor is often surprised, as the first level is pleasant and safe, at least for those with positive karma. The real action does not start until you enter level 2. There are very powerful spellcasters inside the dungeon. 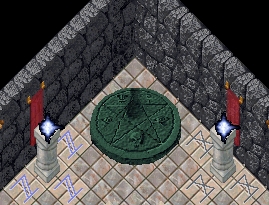 Mongbats are the only monsters that spawn outside the entrance. A gazer or two may wander into the area from the moongate spawn. 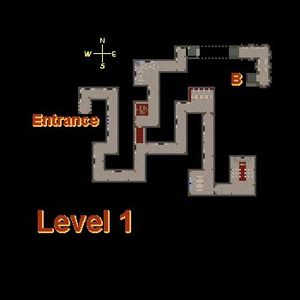 Level one has a single inhabitant, the wisp. Look for the abattoir on the way to the second level, Arcanists can recharge their Arcane Focus there. The halls and rooms are well lit and furnished. This level has a noble feel; it would be a good location for roleplaying. 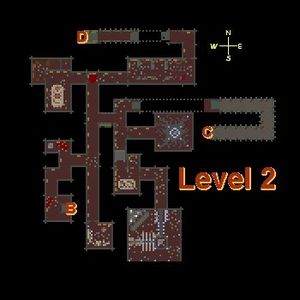 The 2nd level has Dark Wisps galore in it, as well as Evil Mage Lords and Evil Mages. Each dark wisp drops approximtely 1700 gold, as well as decent armor and sometimes Treasure Maps. All dark wisps have the chance to drop a minor artifact as well as a paragon treasure chest even if they do not have the paragon label. Regularly they have approximately 600 hp while they paragons have around 1800 hp to deal with. This is a great way to make a pretty good amount of gold simply by bringing a Pack Llama or two to the entrance to the dark wisp area. You can easily rack up into the 100,000s in a matter of an hour or two. It makes a great alternative to Swoop. The Second Floor also contains Bone Magi, Bone Knights, and other skeletal creatures. 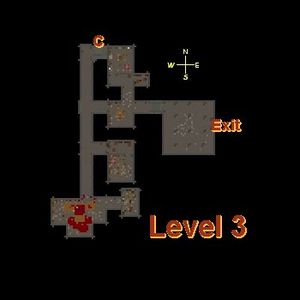 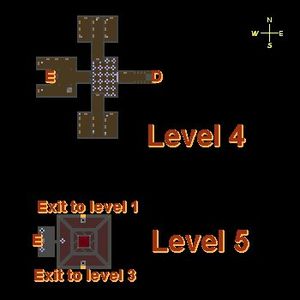 Currently, this level consists of a baffling maze of runic symbol teleporters. There are no monsters here, but the maze will defeat the impatient.

While there are several Treasure Chests on this level/room, the Balron objects to interlopers.