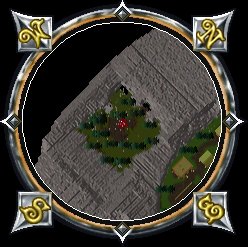 The Lizard Passage is a single level tunnel that leads to a secluded area located in Ilshenar that is sometimes referred to as the Wyrm's Lair. Its closest moongate is Humility, but Honesty will get you there as well. All of the creatures in Ilshenar have a 1-in-20 chance of being a Paragon version. A word to the wise is sufficient.

From Honesty, simply travel west across the swamps of Nox Tereg. From Humility, you must look for one of the two passages that cross the mountainous ridge that bisects the area, east to west. The passages are surrounded by bleached bones.

Just outside the Lizard Passage, is the Lizardman Village enclave of five buildings. There is no spawn inside the Passage. Proceed to the west end of the passage to enter the Ancient Wyrm area. 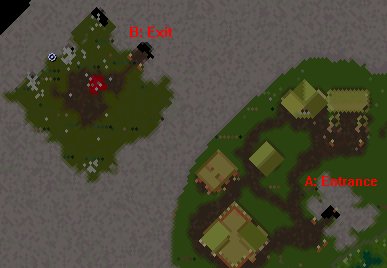 The Wyrm's Lair consists of only one, open air "room" that contains:

There are several Treasure Chests in the area as well.