Located below Terort Skitas (i.e., the Tower of Knowledge) lies the Sorcerer's Dungeon. It appears to have once been a great school of magic that subsequently has been overrun by daemons and the living dead. It ostensibly is a three-level dungeon with two connecting tunnels and a picturesque mountain redoubt above ground. A Runic Symbol is repeated throughout the facility, "Wis" (or "Knowledge"). As the Tower of Knowledge is uninhabited it has served the role playing communities on several occasions.

Located in Ilshenar, the closest moongate is Valor. Paragon creatures spawn in Ilshenar, so watch out! There are healers, called monks in the library of the second level. 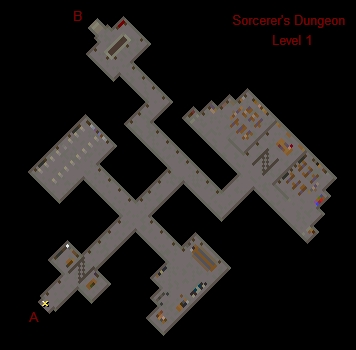 The activities once undertaken on this level are plain. There is a barracks and kitchen area, both of which are set for 16 persons. There are also two classrooms, a library, and interestingly, two holding cells. The eastern classroom appears to have been for the subjects of geology, gemology, and alchemy, while the other classroom encompassed cartography and navigation. Perhaps as an omen, blood seeps from the northwest corner adjacent to the stairs to level 2. 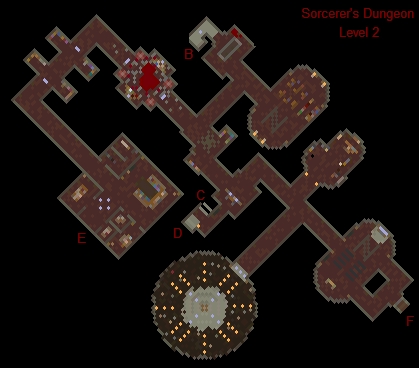 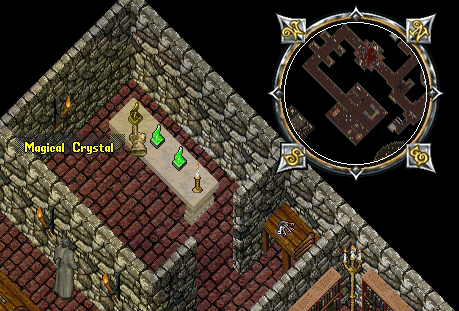 The first room of level 2 was the magery classroom, as evinced by the reagents and spellbooks, note the large piece of blackrock. It is on the second level that one can tell that something went terribly wrong here. In a room with four pentagrams, magic rifts to realms unknown still exist, along with several demons!

Along the western corridor are niches where more advanced students worked the magic, alchemical, and necromantic arts. Other areas contain interesting sights, such as the copper ingots in the blacksmithy, and the magic crystals in the library.

Level 2.5 is accessed by double clicking on any of the green magic crystals in the library.

For lack of better nomenclature, level 2.5 is an area of jail cells. It is a deadend; to leave it, one must again double click a green magic crystal. 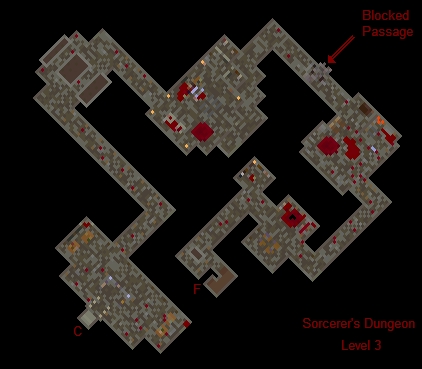 Level three has an evil air about it, there are more holding cells and a full-blown torture room. It appears that advanced necromantic arts were practiced here, as the old necro reagents attest. There is a one-off on this level as well, a "roll of string."