The Abyssal Infernal Spawn was added with the Stygian Abyss expansion. It takes place in a rocky terrain surrounded by lava flows and the abyss.

The entire spawn area is under the Felucca rulset. This means non-consensual PVP combat can occur and Murderers are allowed in. Thievery through Stealing is also enabled.

There are two entrances to the spawn. One is on the 3rd level of Hythloth in Felucca facet, near the stairs to the 4th. The other in the Stygian Abyss Dungeon.

Unlike the Primeval Lich Spawn, the decorations that appear do not have a chance to unlock. All the decorations disappear shortly after the Abyssal Infernal champion appears. 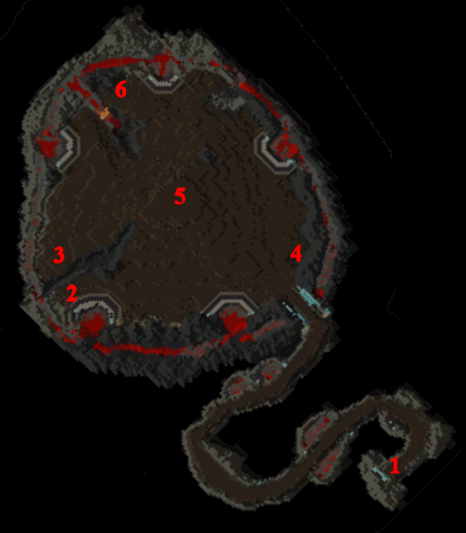