The monthly Conseil du Roi meeting for the elected city governors of Atlantic Shard took place on January 31, 2016. This summary and video below covers the entire meeting, including some inflammatory comments made by governor Summer of Moonglow following the meeting.

In attendance was Lord Blackthorn, eight governors, and one representative for Vesper. 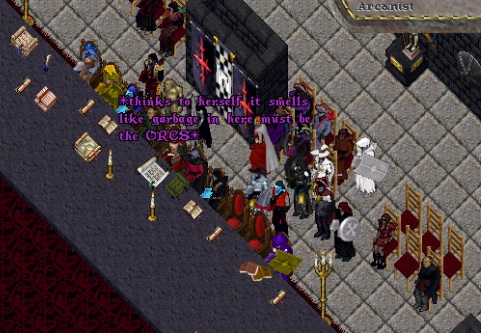 This evening's monthly meeting of the town governors started off well enough. King Blackthorn regaled the recent actions of Charlotte Wellings and acquainted himself with some newly elected governors.

Govenor Lavendar of Yew recalled the recent visit of Santa Claus and invited his majesty to the upcoming "Valentine's Day" event on February 11. Most curiously, he did not report at all about the recent events where the Knights of Crux Anasta had to dispatch some poisoned wood trees in his nearby forest. Perhaps covering up a bigger problem? 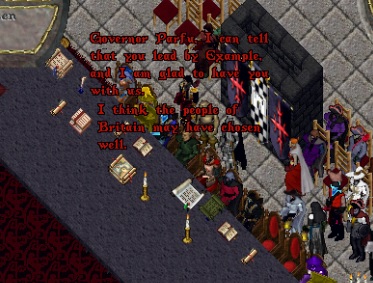 However things did not stay peaceful for long, with Moonglow Governor Summer making it known it did not sit well with her with orcs running Britain. King Blackthorn tried to keep the gathering peaceful and praised the Britain orc governor Parfu for how well the city had been running.

Governor Ma Nerva was not one for much words, only speaking briefly about the happenings of New Magincia. Jhelom Govenor Angelica went over the plans for the upcoming New Lunar Festival. 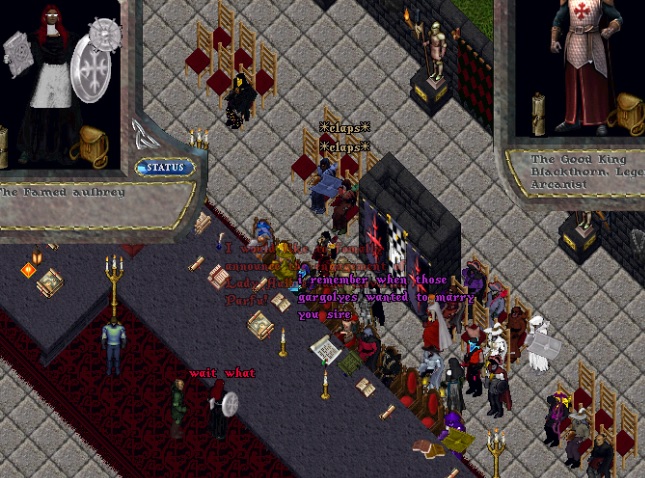 In an unexpected announcement King Blackthorn gave his blessing for Lady Aulbrey to wed Britain Govenor Parfu. This is certainly an event one would not want to miss. Lady Aulbrey has not been forthcoming on the wedding date.....

After the meeting I requested comment from Moonglow Govenor Summer on her inflamitory statements during the meeting. She explained the orcs raided a treasury convey and killed several citizens of Moonglow. An orc in attendence of the meeting shot back that his daughter had been killed in cold blood. There were many other defaming statements made. 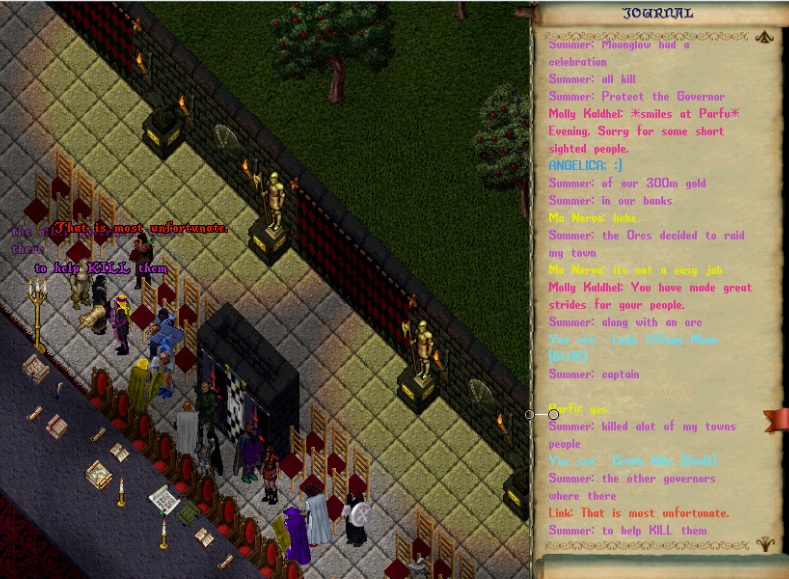 One can only hope that a further rift does not form between the governors, with one side pro-orc and the other side being anti-orc. 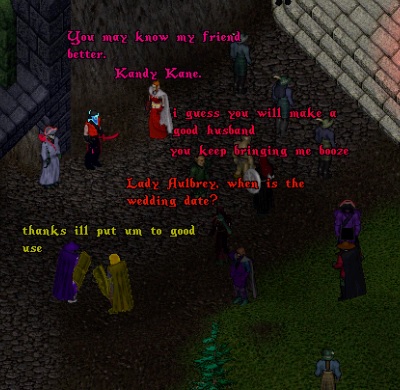