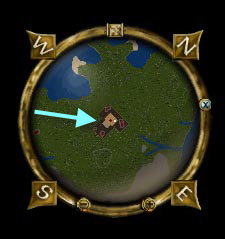 The temple's central structure consists of two "levels," basically a large room and a flat area on top of that room with stairs leading up to it. The flat area is extremely disturbing, with blood and decaying human body parts strewn about the place.

The implication, that this is a place of great evil and vile rituals used to take place there (or perhaps still do), is clear.

On the Lake Superior Shard, common Roleplaying fiction holds that the Temple contains a doorway or gate of some kind to the Abyss.

The Fire Temple played a key role in the climax of the Warriors of Destiny event cycle. 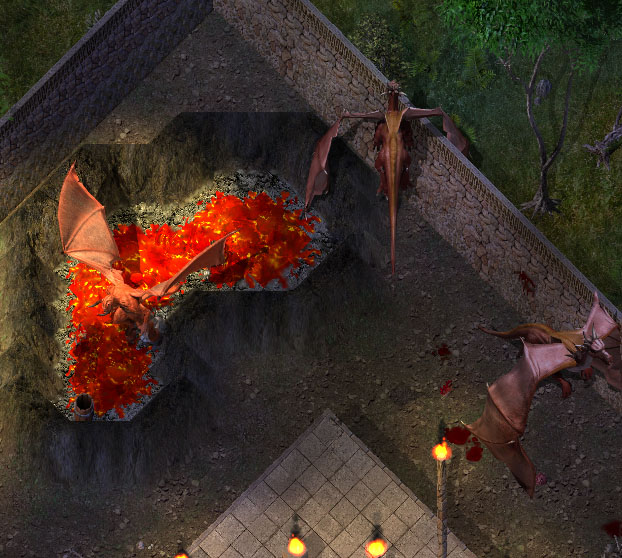