The Primeval Lich Spawn was added with the Stygian Abyss expansion. It takes place in a graveyard outside a giant mansion.

The entire spawn area is under the Felucca rulset. This means non-consensual PVP combat can occur and Murderers are allowed in. Thievery through Stealing is also enabled.

There are two entrances to the spawn. One is on the 4th level of Deceit in Felucca facet. The other in the Stygian Abyss Dungeon.

As the spawn progresses, more decorations appear in the area. There is a small chance that some unlocked decorations will spawn as well that can be picked up. These usually appear as doubles next to the original. They can be difficult to see. When the Primeval Lich arrives, the added decorations will disappear soon after. At that time it can be easy to see what is left over.

Partial list of decorations which may be picked up:

Find Restless Bones and then put them in their matching graves to get rewards.

Inside the mansion there are 8 colored levers. The levers only appear when the champion spawn is active. They must be pulled in a specific order to solve the puzzle. By killing spawn you may receive a solution book in your backpack. The puzzle can only be completed once per spawn. 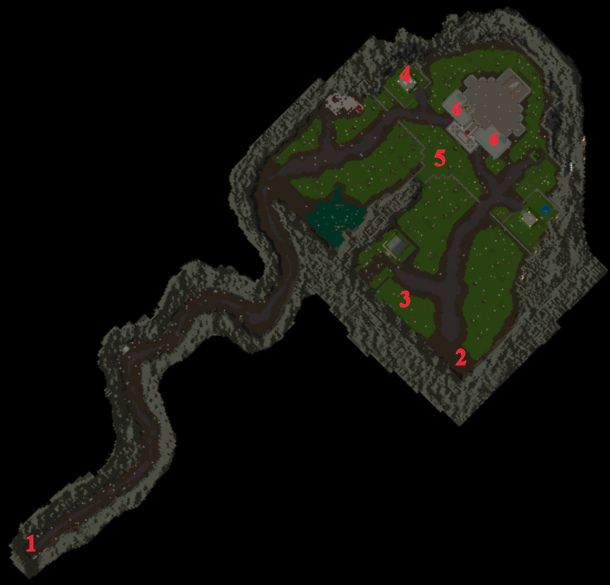