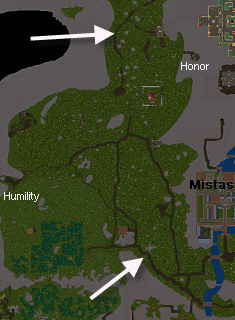 The Humility Jungle makes up a large portion of Western Ilshenar. Starting South from the entrance to the Cyclops Pyramid, and North past the Deuce's Vinculum Inn, and West to the Humility Graveyard, an adventurer can find many interesting places by poking about.

This region holds the entrances to Ankh Dungeon and Central Ilshenar. Toward the middle of the jungle, one will find the Humility Champion Spawn, as well as Meteor Crater. The nearby city of Mistas holds no traders. However, banking can be done at the few gypsy camps found along the trail.

The Juka and Chaos Dragoons have the run of the Southern jungle. Most of the Trolls are found in the West. The remaining creatures are spread throughout. 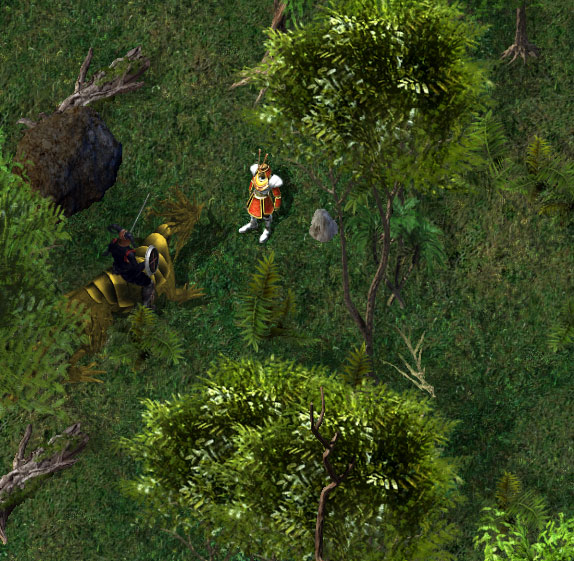