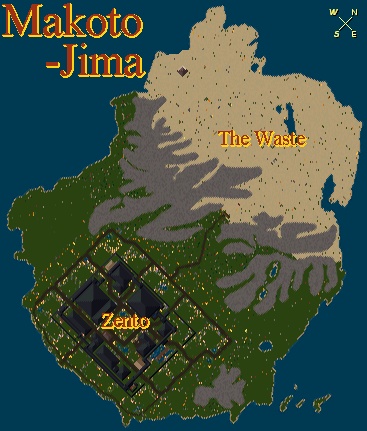 Introduced in 2004, Makoto-Jima is smallest island in the Tokuno Islands group. Accessible by moongate, the island is dominated by the Phoenix Mountains. It is home to Zento, the only city on the facet. There are a handful of healers spread across the island.

A mountain range bisects the island, but there are four passes through them. The easiest to navigate is the one due north of the City of Zento. The mountains appear to be a miner's paradise. 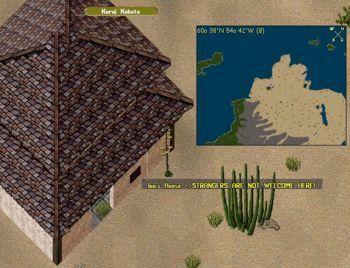 A must-see in the Waste is Inu the Crone's home.
Be sure to look for Inu's Rune Beetle, Kurai Kabuto.