With Publish 63, all characters that log in and are 30 days or older will receive a holiday gift ticket in their backpack until January 25, 2010. While the ticket can be use to claim a gift at any time, the ticket must be received before the deadline. The gift ticket is Blessed and may only be used by the original character that receives it. When used, the character is presented with a choice of one of five different gifts.

When a gift selection is made, the ticket is consumed and a Gift Box is placed in the character's backpack containing the chosen gift as well as a candy cane and a holiday card from a random dev team member. 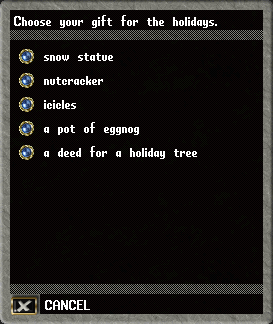 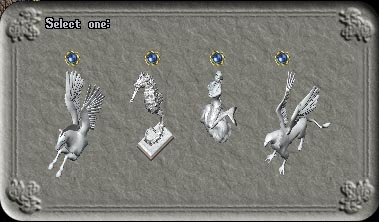