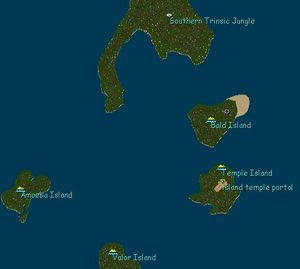 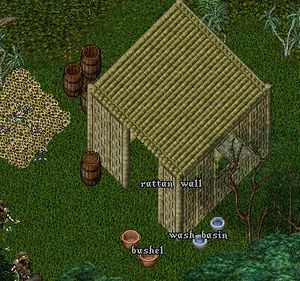 Aside from the beach, there is a single feature on the island, a fishing hut. Inhabitants are of the jungle variant: alligators, corpsers, giant serpents, mongbats, snakes, and wisps. Additionally, gorillas, tropical birds and several wandering healers reside on the island.

Like the 3 other islands in this group, it is best reached by rune and Recall, Gate Travel, or Sacred Journey spells. However, if traveling by sea, travel due east from the southern Trinsic coast.