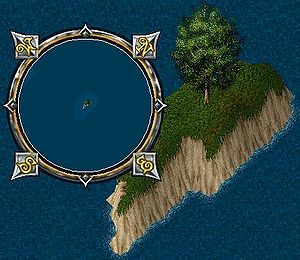 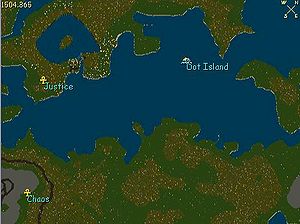 Dot Island, named for its tiny size, is a small island in the Arrow's Point Bay located on a north-east line from the Shrine of Justice on Trammel and Felucca facets. The island boasts a single tree. Coordinates: 110° 56'N 12° 47'E.

There are no inhabitants on the island. It is best reached by rune and Recall, Gate Travel, or Sacred Journey spells.