During the Fall of 2006, mysterious "traders" had appeared all around the city of Old Haven (Ocllo on Siege Perilous). You could turn in Blackrock for random rewards. Simply drop the blackrock on the trader and a reward will appear in your backpack. A trader could only only accept 5 or so pieces of Blackrock before excusing himself and recalling away.

After a few weeks collecting lots of Blackrock there was a huge explosion in the center of Haven. The traders disappeared and along with it much of Haven. Left in their wake is the city of New Haven.

For each blackrock turned in you could get one of the following rewards. The 3 different types of blackrock have different changes for rewards. 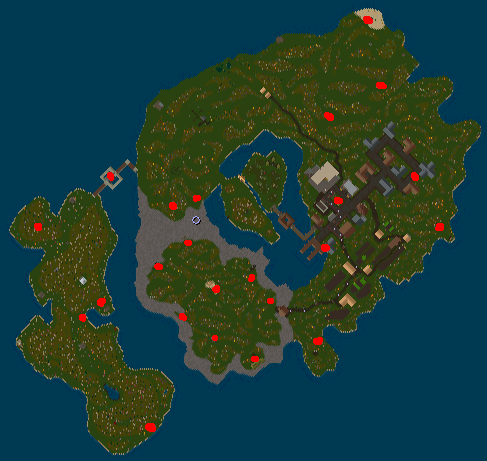 There were 23 known locations where they spawn. Each one is marked in a red dot above. There were 5 different traders. They could either be at 5 different locations or multiple can appear at the same spawn point.