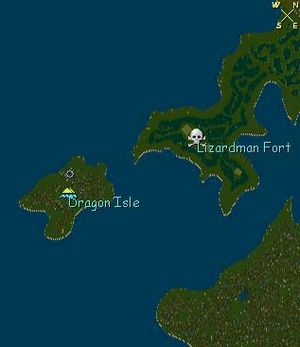 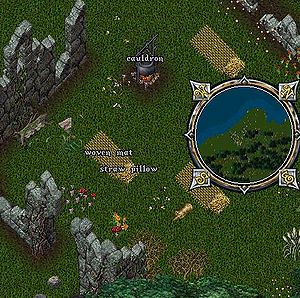 Dragon Isle is a misnomer as there are no inhabitants on this island at all. It is located due north of Jhelom and due south of Destard. The closest point to the mainland is the Lizardman Fort. Coordinates: 132° 32'S 19° 7'E.

There are several medium and small plots for housing on the island. The only feature is a small camp located in some ruins.

It is usually reached by rune and Recall, Gate Travel, or Sacred Journey spells. However, it is a short sail from Jhelom.