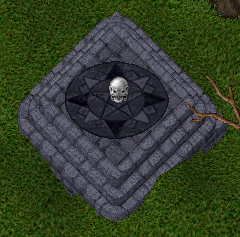 Champion Spawn altars can be found on all Facets except Trammel. They indicate that a champion can be summoned there whose defeat will yield special rewards such as titles or power scrolls. Random altars can be one of the following: Abyss Spawn, Arachnid Spawn, Cold Blood Spawn, Unholy Terror Spawn, or Vermin Horde Spawn. 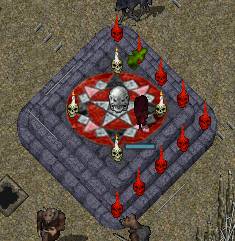 The names for random spawns were made by players and are taken from the closest location, landmark, or Lost Lands entrance. 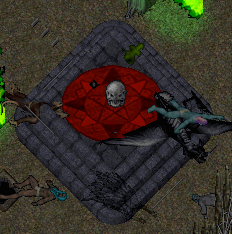 A red altar indicates a champion is current summoned and must be defeated.