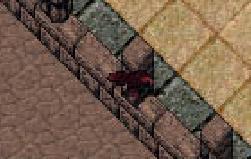 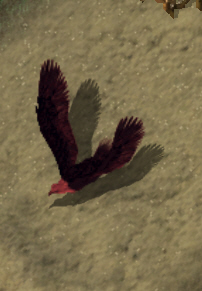 For aeons the phoenix has been a symbol of hope. Looking much like the majestic eagle, the phoenix has wings of flame. Those foolish enough to hope to kill a phoenix for the feathers will find the phoenix is no easy target. Talons of the phoenix are harder than steel and can rend even plate armor. Few can best the phoenix in one-on-one battle.

The Pheonix spawns in the passage to Delucia in the Lost Lands, and also in the Ilshenar city of Montor. There is a named version of the pheonix that is located in Labyrinth. Its name is Pyre.

The pheonix is not an aggressive creature and will not attack on sight. However, it has an area effect that delivers fire damage, reveals stealthers, and interrrupts spell casting. They are one of the more underestimated creatures and nearly equivalent to the power and difficulty of a Balron.