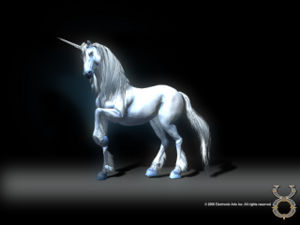 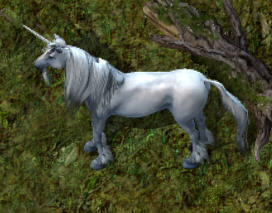 Unicorns are good-aligned monsters that are ridable only by female characters. They are highly resistant to poison, and even have the ability to heal poison in their master. (Only once per hour.)

Wild Unicorns will attack creatures and characters with a negative karma score on sight. However, when tamed they will not attack humans or tamed creatures.

Unicorns can be found in Ilshenar in the forest near the Spirituality Moongate and at two locations in Malas.